SPRINGDALE — Commissioners with the Arkansas Game and Fish Commission heard some good news about Arkansas’s turkey population during a presentation at today’s monthly meeting held at the J.B. and Johnelle Hunt Family Ozark Highlands Nature Center. AGFC Turkey Program Coordinator Jeremy Wood gave some preliminary results of the 2022 Wild Turkey Population Survey, which indicates some of the best reproduction in parts of Arkansas since 2012.

According to Wood’s presentation, participants in the survey recorded an average of 1.79 poults per hen throughout spring and summer.

“Historically what biologists want to see is in the ballpark of 1.8 to 2 poults per hen,” Wood said.

Gobbler-to-hen ratios saw a decrease, but Wood explained that this is common during years of high reproduction.

“We also continue to see increased participation throughout the state in the survey,” Wood said. “Five years ago about 50 percent of our turkey survey participants were in seven counties, but we’re seeing more widespread reports thanks to increased efforts to recruit observers. We are seeing some decreased participation per observer, and we want to figure out a way to get more observations from each participant, but we are getting increased awareness overall.”

“A lot of the habitat work we’ve done has really been small fish so far, relatively speaking,” Wood said. “But we’re just starting to move the needle and we hopefully will see increased response from the turkey population when those factors we can’t control line up.”

Brad Carner, deputy director of the AGFC, also thanked commissioners for their continued support in setting conservative turkey season frameworks and continuing to support habitat improvements through the turkey program.

“The thing we have the most control over is our season structure,” Carner said. “We can’t control weather, but the shorter later season sets the stage for our turkeys to take advantage of good weather like we had this year.” 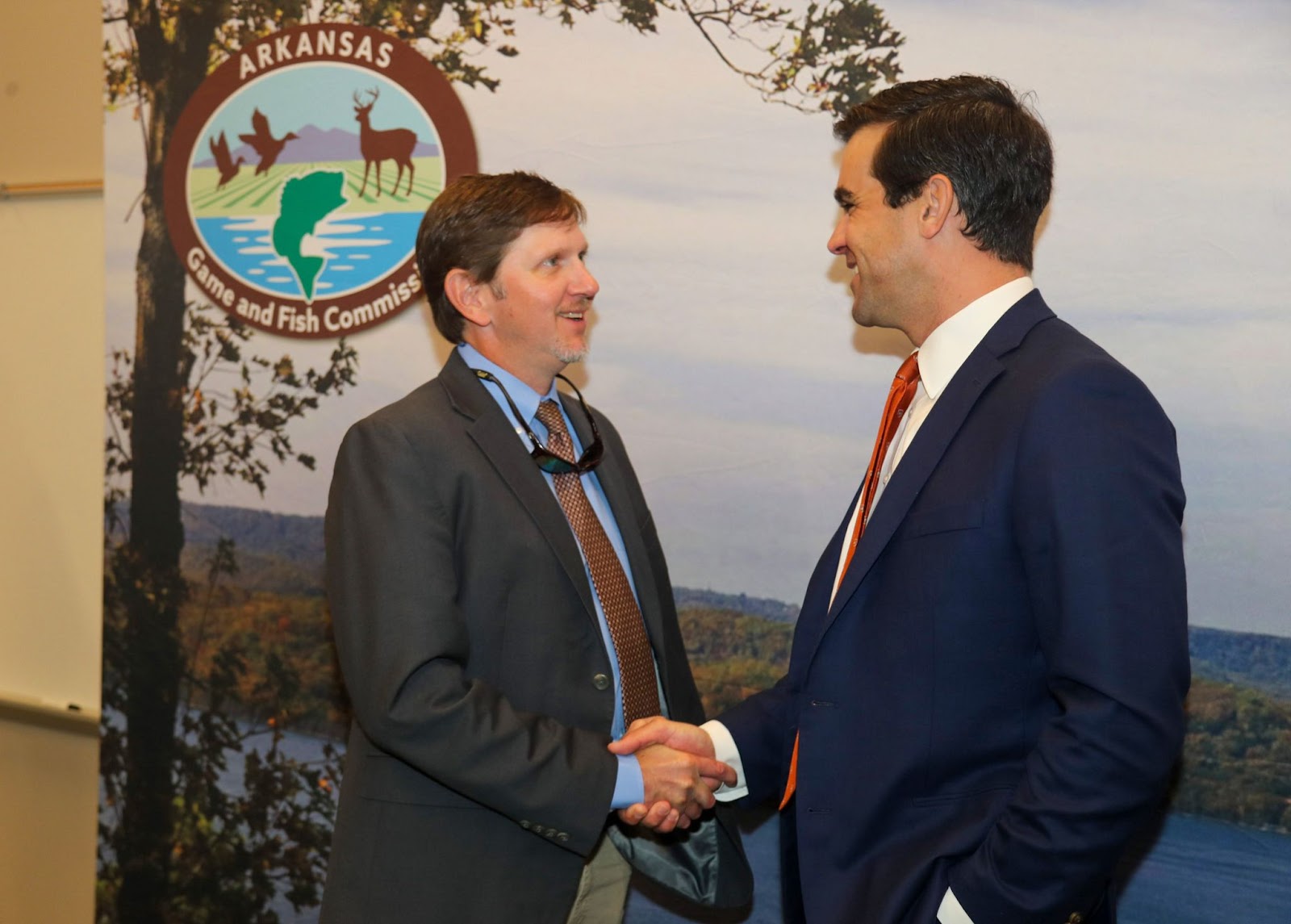 Habitat management across Arkansas’s landscape was a main focus of AGFC Director Austin Booth’s address to the Commission. In accordance with the AGFC’s new strategic plan, The Natural State Tomorrow, Booth announced the elevation of the AGFC’s Private Lands Program to become a major division at the agency. He named longtime wildlife biologist and AGFC assistant chief Garrick Dugger as the man who will lead this effort as the agency’s new chief of Private Lands Programs.

“We all know that success in conservation ultimately depends not just on the landscape, but more importantly on how much people treasure the landscape … ” Booth said. “... If we achieve absolute perfection on the 10 percent of land the AGFC controls in Arkansas, we only have 10 percent success. The only way to increase that is to take our amazing private lands effort that we have now and to elevate it. The Private Lands Division will be absolutely critical in delivering to the private landowners of Arkansas the assistance, the education and the incentives to help carry on the flame of conservation.”

Dugger began his career with the AGFC as a private lands biologist and has worked for the AGFC for 23 years. He has led many on-the-ground habitat efforts on AGFC-controlled public land in east Arkansas.

The Commission also authorized Director Booth to enter into a real estate conveyance agreement with the city of Benton to enable itto take control of 18 acres of property along the Saline River known as the Cherry Gingles Duluth Saline River Access for the creation of a new public access with enhanced amenities. 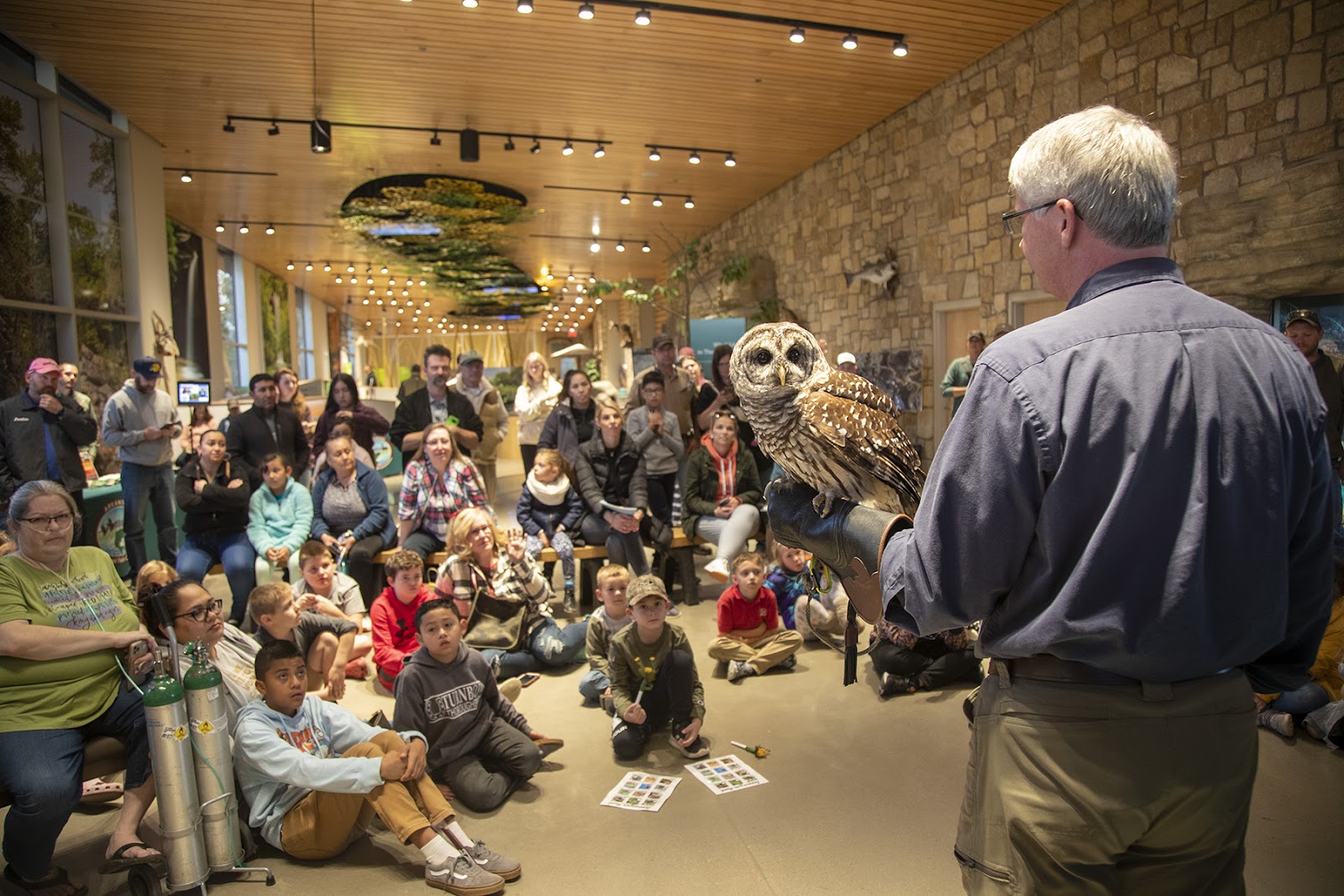 The property for this access was donated to the Commission from the Demuth Family and the Hastings Family for public use. Benton Parks and Recreation plans to establish campsites in addition to upgrading public access to the Saline River on the property.

“They are planning not only campsites, but RV parking, yurts and other enhancements,” Ben Batten, AGFC deputy director, said. “This will provide funding and resources we can’t devote and really keep it in line with the original wishes of the two families who donated the land.”

The meeting was a culmination of a week celebrating conservation in northwest Arkansas beginning with the dedication of Kirk Dupps Beaver Lake Wildlife Management Area. Wednesday, Commissioners toured Pea Ridge National Military Park, where the AGFC has worked in partnership with the U.S. National Park Service to increase habitat for grassland birds such as the northern bobwhite.  They also toured Lake Elmdale, which has seen major erosion problems during the last few years, and welcomed the community of Springdale to a special night of conservation with an open house at the Ozark Highlands Nature Center on Wednesday night.

A video of the meeting is available on the AGFC’s YouTube channel.

In other business, the Commission:

Previous Article Back to Overview Next Article